I re-flashed some Kogan Smart Plugs to the open-source Tasmota firmware, so I could monitor power usage with Grafana dashboards and Prometheus time-series database.

This guide isn't for the faint-of-heart: I bricked one of the four devices while flashing them.

This is what we want to see on the Smart Plug's Web UI: The Tasmota firmware.

These devices have internet control for turning the plug on/off, and (what I'm interested in), measuring the voltage, current, and power going through the plug.

You control the stock firmware with the poorly-reviewed Kogan SmarterHome app. The stock firmware is a white-labelled Tuya IoT Platform, which has a vulnerability on boot when it checks for firmware updates that allows us to re-flash our own firmware.

The vulnerability has an exploit which is weaponized into the Tuya-Convert tool. This sets up a fake Wi-Fi access point, which intercepts requests made by the Smart Plug, and sends back firmware of your choice. I don't totally understand how this works, but it sounds very cool!

Will this be hard? Testimonials

I was encouraged by people on Home Assistant Forum reporting success for re-flashing:

Yes. I did a box of four a week ago via the Tuya Convert method.

And OzBargainers had some success:

Flashed my first kogan plug over the weekend, pretty smooth and all set up in home assistant with no dodgy cloud service :)

Just confirming that the Kogan ones can be flashed ota easily with tasmota without any opening or hardware modifications.

There is a template for configuring Tasmota firmware for these exact Kogan plugs. That's promising.

I followed the Tuya-Convert documentation and also roughly followed this flashing guide.

I ran into a few bits of trouble:

I first tried setting up an old Thinkpad laptop to be the fake Wi-Fi access point, but I hit the error running ./start_flash.sh:

Dang. A lot of people reported success with Raspberry Pi 3 and 4, so I tried with a spare Raspberry Pi 4, and got past this error.

The Raspberry Pi 4 gave me this error running ./start_flash.sh:

It seems that iw is only in the $PATH of the root user.

This was fixed by running sudo ./start_flash.sh.

To reflash, Tuya-Convert requires a 'Donor Device': just another device that will connect to the fake Wi-Fi access point before the smart plug connects. I'm not totally sure why.

Some docs note this cannot be an iOS device, but Android devices work. Indeed my iOS device would not connect to the fake Access Point. I tried with an Android 10 Device, but it seems like the latest versions of Android the phone realises there's no public internet access, and disconnects/reconnects forever.

In the end I fished out an old Chromebook and that stayed connected to the Access Point.

Bailing out of failed flashes

The Tuya-Convert software starts up a bunch of services in various screen sessions, but doesn't  close them down cleanly on exit, and sometimes doesn't respond to Ctrl-C. I ended up rebooting to clean up these processes.

I successfully flashed one device, then bricked one device (Tuya-Convert seemed to be hung for many minutes, a bad sign after it just took a few seconds to flash the first device). This was disheartening, and the bricked device didn't come up even if holding down the power button to reset. I suppose I shouldn't be surprised, flashing a firmware over Wi-Fi is dangerous.

The last two devices flashed successfully and quickly. 3 out of 4: not bad? Oh well, they're only $12.50 each.

In the next post, I monitor the power draw of these plugs using Prometheus time-series database and Grafana dashboards.

This post is about graphing power draw of appliances using a smart plug, Prometheus time-series database, and Grafana dashboards. First, you'll need a smart plug that you've flashed to the 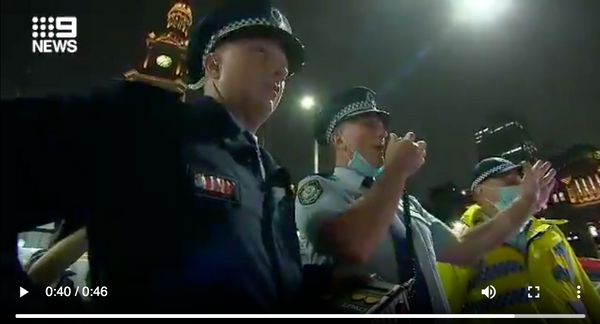 [This is a letter I've sent to my NSW MP. Perhaps you could send something similar to your MP?] I'm writing asking for assistance to take these mass punishment devices