During the recent Australian bushfire season, I'd been administering four Raspberry Pis around the house for air quality monitoring. The usual progression of sysadminning automation followed:

I ended up with a bunch of disastrous scripts like this one, for installing Prometheus node-exporter:

Or this script, to pull new docker images, restart docker, and provision the daemon.json config file:

You get the idea. It'd probably work fine if I worked at it, and used the right combinations of set -o pipefail, set -x, etc. The error handling in particular can be very difficult to get right, and I'm not confident that I know enough shell to do it right.

I also wanted to not copy-paste these for every Raspberry Pi, but I didn't feel confident in using variables in the shell - I've heard horror stories, particularly around quoting and spaces, I'm not confident I'd get it right. It feels like there's got to be a better tool for this kind of thing.

I asked around. A very smart colleague recommended Ansible. His take on infrastructure-as-code tools was:

So I gave Ansible a try for replacing my scripts that SSH'd into the Raspberry Pi boxes and set them up, and I kinda liked it.

Ansible seems to be a collection of pre-made tasks. Tasks are a python module that wraps some common sysadmin task, often a higher-level API to some command-line tool. for example:

Note that these are all phrased to do nothing if the condition is already met: most tasks are idempotent, which can save a lot of time avoiding unnecessary re-provisioning.

You can string together tasks like this into plays, which are really just a set of tasks that run one after the other, like my brew update && brew upgrade && ... example above.

Perhaps an example playbook that installs docker on a Ubuntu machine will make this clear:

All in all, I'm very happy with using Ansible - it's saved me from my own terrible shellscripts, and seems to scale pretty well for my small setup.

I run a bunch of software on my Macbook. I'd like to keep that software up to date and patched, so it doesn't have security vulnerabilities. Trouble is, I install it from lots of places: Random websites (for the most part)Homebrew (for most 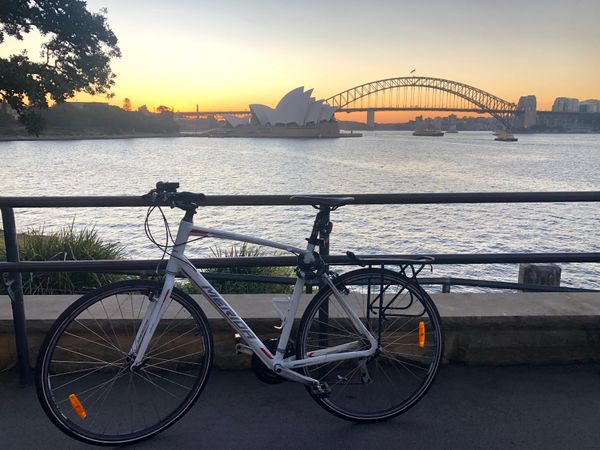 With so many people picking up cycling lately, I thought I'd write up the resources that I've found over the years that have helped me. When I started I was